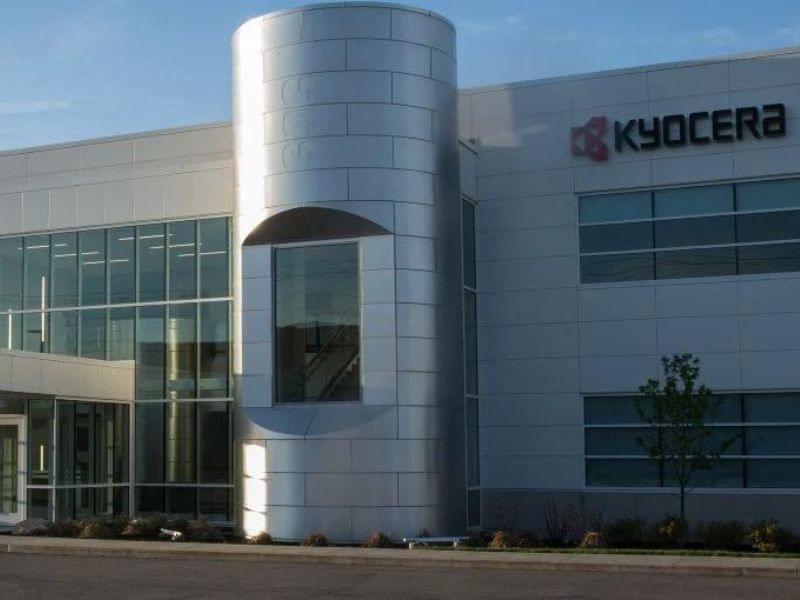 Going forward we have developed a Multisite Sampling Plan and schedule for the entire three-year certification cycle for each certification and have finished the project sooner than expected. Smithers is viewed throughout the company as a true business partner.

KYOCERA SGS Precision Tools (KSPT) is an ISO 9001:2015-certified manufacturer of industry leading round solid carbide cutting tools. KSPT is proud to have pioneered some of the world’s most advanced cutting tool technologies resulting from rigorous product, coating, and material testing within its Global Innovation Center.  – via www.kyocera-sgstool.com

KSPT-G, produces precision cutting tools, then distributes them globally from multiple manufacturing facilities in North America. In the past, each of the facilities operated under a dedicated quality management system and was certified by various certification bodies.

In late 2019, KSPT management made the decision to combine the companies into a single business unit and began exploring options for implementing a unified ISO 9001 based quality management system throughout the organization. In addition to this project, all facilities under the KSPT banner were tasked with adding ISO 14001 environmental management systems and ISO 45001 occupational health and safety management systems to their processes and procedures at each location. A total of 16 ISO certifications were planned to be sought for achievement for the manufacturing group.

Working closely with the Smithers’ Operations Team, a strategy was developed to begin auditing each facility under the KSPT umbrella, with the intent to transfer each ISO Certificate issued by other certification bodies to Smithers, while the main corporate quality management system was revised to broaden the scope and be inclusive of variation in the organization’s operations.

"Going forward we have developed a Multisite Sampling Plan and schedule for the entire three-year certification cycle for each certification and have finished the project sooner than expected. Smithers is viewed throughout the company as a true business partner."  - Roger Wright

Have a similar project? Is your organization looking to consolidate your ISO certifications? Contact us directly or visit our Smithers Tailored Account Services to learn more.

How can we help? 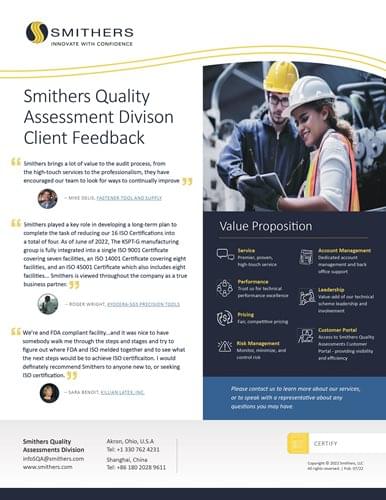 Discover more client feedback and what Smithers value can bring to your team. Take a look at the Smithers Quality Assessments Divisions' Client Feedback Flyer.