What is transient shock testing? 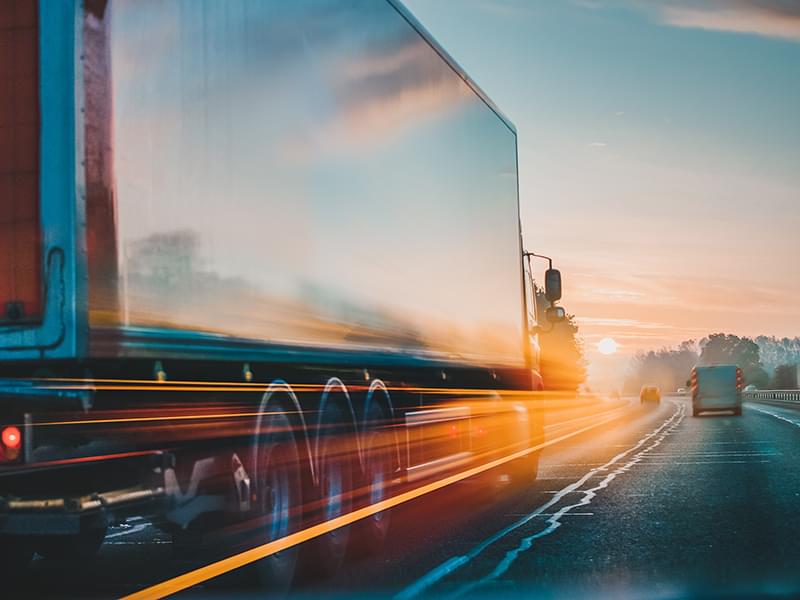 Transient shock refers to a shock event that occurs while a vehicle is in motion. One example would be a truck driving over a speed bump or a rail crossing, which would subject the packaging system to both vibration and shock at the same time. This differs from pure shock, which refers to a shock event that occurs without any other movement going on, such as a box being dropped on a warehouse floor.

While most industry testing standards include pure shock testing, none include transient shock.

“We have observed in our lab that packaging systems can react differently to transient shock than pure shock. As a result, a packaging system may pass a standard test and yet fail in the field when it encounters a transient shock event,” said Michael Kuebler, Technical Director of Distribution Testing, Smithers. “This is especially true of systems with a low vertical natural frequency, such as a large rack of flat parts.”

This type of racking system is commonly used in the automotive industry to transport stamped parts, such as car roofs, doors, and other panels, to assembly plants. Racking systems like this are also sensitive to horizontal impacts and other field events. Read our Q&A about how horizontal impact testing can minimize factory downtime in the automotive industry >

“By investing in laboratory testing before launch, be it shock or any other kind of testing, OEMs can predict field issues before they happen, which saves time and money in the long run,” said Kuebler. “Trying to solve field issues after launch means downtime and likely expensive redesigns of packaging systems.”

The Smithers team is exploring industry demand for transient shock testing and methods for conducting this testing at its distribution testing laboratory in Lansing, Michigan.

To learn more about pre-launch validation testing for your packaging system, transient shock testing, or other topics, get in touch with Tim Rice at 517 322 2400 or trice@smithers.com.