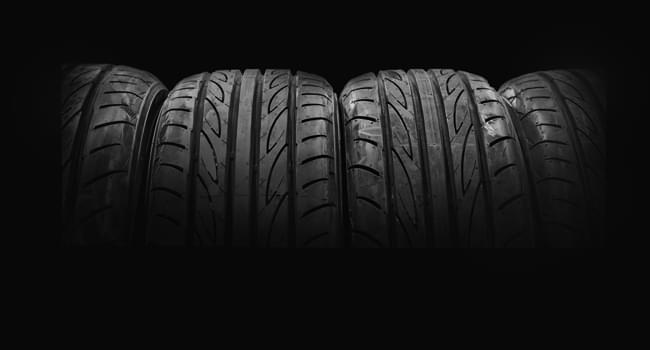 Ongoing industrialization and economic expansion is increasing personal income levels in Asia, which leads to a large share of the population being able to afford motor vehicles. This trend is creating dynamic opportunities for tire sales in the market through 2025, according to a new market report from Smithers, The Future of Tires in Asia to 2025.

Three of the world’s four largest tire markets are located in Asia: China, India, and Japan. These three markets make up 70% of the 2020 Asia tire market, which is estimated at 1.3 billion tires at a value of US $97.4 billion.

As a result of increased vehicle ownership rates, the tire replacement market in Asia will continue to grow. Over the forecast period of this report, Asia will be responsible for over two-thirds of global tire demand gains. Although COVID-19 will significantly impact 2020 tire sales, the tire market in Asia is forecast to pick up again soon and to grow on average by 3.6% until 2025.

Among tire types in Asia general tires will continue to make up the majority (84.2% share) of the total Asia tires market by 2025, but significant stronger growth is forecast in aircraft tires, specialty tires and OTR tires. 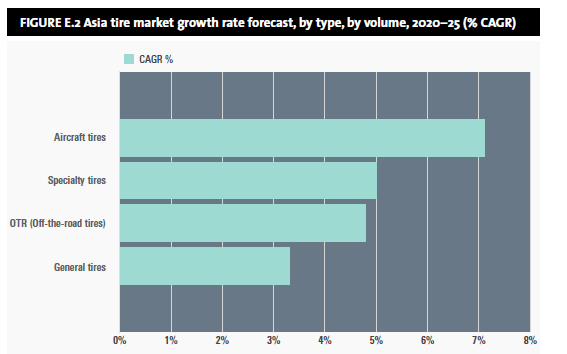 The high-performance passenger car/light goods vehicles segment is the largest in volume and value for specialty tires and is growing rapidly, driven by the growth of CUV, SUV and pick-up truck segments in Asia. Trucks and buses face a somewhat more subdued dynamics, where the drivers are more related to fuel efficiency. This is forecast to still be the case by 2025 (Figure E.4). The premium motorcycle tires market shows the highest growth rate, both in value (6.8% CAGR) and volume (6.0% CAGR) among specialty tires for 2020–25. The premium motorcycle tires market is still at an early stage in Asia, where the main use of these vehicles is to commute. 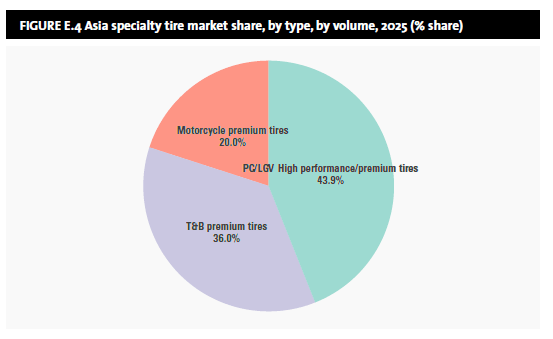 Government spending
There is a significant amount of government spending on transportation and infrastructure across Asia. This trend coupled with regulation is driving change in the tire industry that reflects the desire to reduce C02 emissions, increase other environmental regulations and implement tire labelling programs.

Tire technology
Tire technology in China is very much focused on low rolling resistance (LRR) tires, driven by pressure from the Chinese government to reduce CO2 emissions and the establishment of the China Rubber Industry Association (CRIA) tire labelling system. Also, tire manufacturers that export need to meet the tire labelling requirements (which include LRR) of their export markets. There is also an increased focus on R&D for tires adapted to electric and autonomous vehicles (EV/AV). It must be noted that while vehicles will continue to evolve toward full autonomy, there are significant hurdles to overcome before
full AVs can be widely adopted and these are not expected to be of any significant size by 2025. There is also much ongoing debate over whether, and by how much, AV tires will be different to those for conventional vehicles.

Transportation technology
China is, and will continue to be, the biggest EV market. This is due to government policies designed to reduce pollution in cities and dependence on imported oil, and most importantly to a government desire to dominate this growth industry. In Asia the electric bus is expected to be dominated by China and India in size and to be predominantly BEVs.

Japan and South Korea are also expected to invest significantly in electric buses, as is the Southeast Asia region led by Singapore. The truck market is expected to be the slowest to adopt electric propulsion and hence still be a small fraction of the overall market (even in China) by 2025. The main reasons being that trucks often require a long range and are often bought/replaced as a fleet, requiring a large investment.

Electric motorcycles are a specialized but not unimportant market, and one which has the potential for significant growth in electric propulsion. Asia is also the largest EV region for two- and three-wheelers, due to the familiar story of rapid urbanization and an increase in household incomes, leading consumers to replace their fuel-driven two-wheelers with an electric version. Electric scooters are in particularly high demand, mainly based on a sealed lead-acid battery rather than lithium-ion. These batteries are much less expensive and sufficient for this application.

For further information and to download a brochure vist The Future of Tire is Asia to 2025.