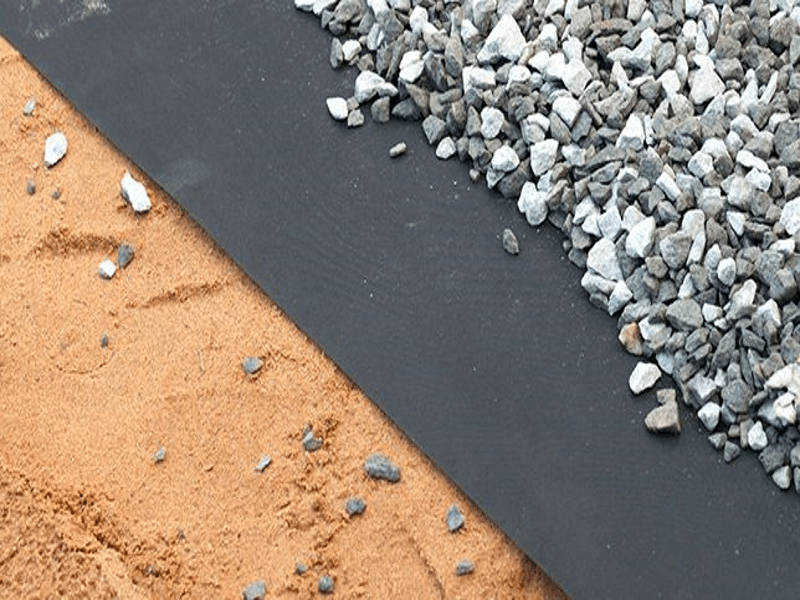 Exclusive data in the new Smithers report  - The Future of Specialty Geosynthetics to 2021 -  tracks how this market will grow steadily across the next five years driven by greater acceptance of such terrain stabilising materials, especially in key developing markets like China and India.

Global consumption of these plastic products – geotextile, geomembranes, geogrids, geosynthetic clay liners, geowalls and geocomposites – exceeded 8 million tonnes in 2016 for the first time. This figure will climb above 9 million tonnes in 2021. A market Smithers values at $16 billion in 2013, is now worth well over $18 billion. This expansion will continue at a year-on-year rate of 2.7% across the next five years to touch $21 billion in 2021; a 15% real terms increase.

The global geosynthetics market has shown significant growth over the past 3-5 years, after a pause during the global recession of 2008-09. Given the growing need for infrastructure building in developing countries, and the heightened worldwide concern for the environment in both the public and private sectors, the market for speciality geosynthetic products should show significant growth over the next five years.

The advance of specialty geosynthetics can be seen to rest on dual foundations:

The advantage of geosynthetics

Expanding demand for geosythetics is posited on their superior performance compared to accepted, naturally occurring soil stabilising materials, like cotton, straw or coconut fibre (coir). Using bespoke solutions made from plastics – such as polyurethane (PUR), polypropylene (PP) and various grades of polyethylene – give more durable solutions. This translates into reduced maintenance cycles for site operators and greater safety, by for example better retaining toxic materials, like heavy metals from coal ash deposits.

Smithers comprehensive analysis tracks how a growing body of regulatory requirements directed toward sustainable infrastructure investment, is supporting wider use of these specialist materials.

The cost of any specialty manufactured geosynthetic is directly linked to that of its hydrocarbon feedstocks, which are its basic raw material. As these are forecasted to remain fairly constant, or even see slight decline through to the end of decade. Thus from a supply side perspective the market is favourable with fewer bottlenecks expected.

Demand for geosynthetic materials is linked to the applications in which they are used. In 2016, geotextiles represent 47% of world consumption 3.8 billion metres, and 37% of global value. Nearly 87% of these are used in road building or similar transportation applications.

Geomembranes account for over 24% of the 2016 world market by value, but slightly less by volume. It principal use (58%) is in roofing for buildings.

Geomembranes for all applications will slightly increase market share across 2016-2021, with geotextiles and geowalls declining slightly. Geogrid, geocomposites, and clay liners will maintain their relative market shares against a backdrop of steady expansion for the wider market.

This is because market segments for specialty geosynthetics all now have a significant base upon which to build, even as superior products, new regulations and wider use push total demand.

A brief survey of these shows that specialty geosynthetics use is closely linked to regional and national markets for construction and, in particular, infrastructure projects. This is of course dependent on wider GDP expansion, any further slowing of the Chinese economy would negatively affect demand, while if the incoming Trump administration’s election pledge of $1 trillion [http://edition.cnn.com/2016/11/17/politics/donald-trump-infrastructure-plan-congress/ ] for infrastructure development is realised it would boost US consumption.

Use of specialty geosynthetics today is most common in Western Europe and North America. These represent 32% and 17% respectively of the 8 billion square metres used worldwide in 2016. Asia Pacific is the second largest regional market with a 30% market share in 2016. Asia’s transition economies the fastest growth prospects for 2016-2021 – giving a 3.4% CAGR region wide across this period.

China is the key national market in Asia and already accounts for over 60% of specialty geosynthetics consumption. Demand is forecast to remain high, due to initiatives like the 13th Five-Year Plan, which promises to build

India is also investing in upgrading its infrastructure – mainly its road network – which will see annual increases of nearly 7% across the Smithers study period. It will remain a market dwarfed by China however, eight times smaller in 2021, despite strong growth.

Both India and China will both see a rapid increase in use for liquid containment in MSWs – addressing a long neglected environmental hazard. Their relative growth rates in this application for the five years to 2021 are 12% and 8% respectively.

Technical R&D and product evolution in the next five years are likely to focus on five key areas:

The use of metallocene catalysts used in the production of PP non-wovens is advancing and producing a new generation lighter weight geotextiles. This allows new geosynthetic grades – like Total’s Lumicene MR2001 and MR2002 launched in 2015 – that can deliver the same performance as heavier conventional PP products. Furthermore they are inert once buried and will not alter the chemical balance of the soil into which they are placed.

For manufacturers there are advantages too in processing metallocene catalysed PP geosynthetics. These include:

Smithers forecasts that innovation on metallocene chemistry will advance across 2016-2021. This will expand the current limited range of lighter weight materials available for a range of geosynthetic applications.

Graphene has been hailed as a pivot for a future materials revolution in a wider range of industries – though scaling production of a material first produced with adhesive tape and pencil graphite has been a major barrier.

The geosynthetics segment is thus likely to devote more money to evolving graphene technology, though the principal hurdle remains achieving volume production at a reasonable price.

A more immediate and allied trend for the geosynthetics industry is the evolution of nanofibre non-wovens. Due of their inherently low density and large surface area to mass, nanofibre structure can deliver a nonwoven fabric that is extremely light, adding little weight to applications involving geocomposite structures. These simultaneously promise superior filtration properties – to both liquid and gases.

As with graphene the challenge is to transition laboratory grade nanofibre manufacturing to commercial scale. Current platforms rely on conventional, coaxial, melt or emulsion electrospinning technology; though one new approach needleless electrospinning – first described in an academic paper in 2012 – holds more promise for volume manufacturing.

Thus, there is every reason to expect commercial-scale nanofibre production during the next 5-10 years, with geosynthetics one of the non-woven segments where this will lead to new more valuable products.

Two other nanomaterials – nanoparticulate carbon black and carbon nanotubes – are being developed for geosynthetic applications. This proposition relies on their electrical conductivity to enable enhanced geosynthetics that could detect leakages in landfills and coal ash containment structures – a significant environmental issue.

Current flowing through – for example, a PP nanotube enhanced sheet – would alter in areas of a geosynthetic subject to additional mechanical stress. This would give an early warning of those areas that are prone to breaking and leakage in liquid containment structures. This in situ real time monitoring would allow remedial action to be taken more quickly and effectively.

As graphene is also highly conductive it too could carry out this function once supply issues are resolved.

Current processes for producing geosynthetic rely on needlepunch manufacturing processes. Though familiar these have the drawback that they place stress on the fibres as they are manufactured, which diminishes tensile strength (tenacity) during use. New technologies that enable better tenacity via a higher draw ratio, would decrease elongation are under investigation.

A similar focus is taking place in geomembranes, with R&D at the likes of US-based Raven Industries aiming to make larger multi-layer blown films. These would offer faster production, stronger films, and hence greater and flexibility in application.

The Future of Specialty Geosynthetics to 2021 presents volume and value forecasts by end-use sector and geographic region for this dynamic segment. Following several stages of primary and secondary research, it examines key drivers and trends, which include economic, social and demographic, trends within decorative and the different industrial coatings segments and key new technologies for future innovative high-performance coatings 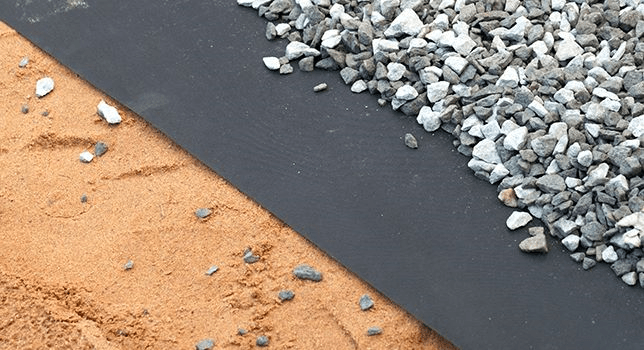 The Future of Specialty Geosynthetics to 2021